Education and Me. pt 2 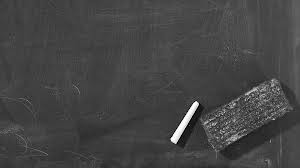 By the time GCSE years arrived, I’d calmed down quite substantially though, and by the time A levels arrived I was just bored. It was this latter emotion that actually lead to my most unruly years. We started to wear suits to school and it didn’t really seem appropriate to try and wind up teachers anymore. We were now treated like adults, and this had the unfortunate effect of actually making us behave like them. I passed the first year enjoying myself sometimes. A levels were a new challenge, so I put my head down a little bit, and passed the year with near 100% on all my four subjects. This is not to brag, it has a narrative significance; at the beginning of the next year I had an ABB offer from my desired University and  – given the high marks of some early A level coursework – I was pretty quickly put in a situation where I would need only C in all my final exams to get A. As far as I was concerned this meant I didn’t have to do anything for the rest of the year.

Another significant change in between those two years was two friends. We hung out in school and after school most days that first year, we discovered clubs and dancing together, we had a lot of fun. But towards the end of the AS year I noticed them starting to get closer to a large peer group whose key members I had fallen out with a few years ago under circumstances of cruelty. The cruelest part being that some of them actually deep down knew who I was was and liked that person, being the senselessness of it. But that would be a story for another day. To return to the more current loss; from the moment my friends and them began interacting, I’d already resigned myself to the future I foresaw. The one that came. They were a large group of boys and girls and parties, and we were young men who should be involved in that. I knew my previous offerings of playstations, microwave pizzas and weed would not be able to compare. The next year the phone calls stopped coming so much, and I didn’t bother trying so much to call them, and without so much as a fight, the seams of a friendship began to fade, without barely so much of a whisper of its past or of its present delicate unlacing.

The result was not sadness, I had long since recovered from any suffering that could be brought on by the larger group, and as for my friends, I never blamed them. The result was boredom. The hours of free periods, the lessons that didn’t matter, the stale and static social dynamics conducted by a plethora of people to whom I largely felt indifferent, it all failed to stimulate me. Three weeks into my A level year and I actually requested to reacquire the 4th subject (that is customary to drop), not from any sense of educational bettering, but simply because I had nothing else to do. However as you’ll soon see this wouldn’t make much difference, I quite quickly came to spend the majority of my school day sleeping somewhere.

When I had the idea to write this piece it was only supposed to detail many of my more eccentric cameos in my years of education, before then being topped off with a pensive ending. The pensive ending is still yet to come, but it seems more than indulging you in comicalities, I have become bogged down in the situations that surrounded them. I suppose in revisiting such antics the stones that hide their motives cannot help but be turned over. But with these stones now firmly rolled, we can move onto the meat of the subject that I had initially prepared and spent a life seasoning.

My mother screams at me. As a child you instantly know exactly how enraged a mother is from the tone of scream and the percentage of white in the composition of their eyes, and I could safely say this was in the level 9, maybe even 10 zone. I’d also known of this moment’s inevitability, and would’ve been able to hear exactly how she would’ve sounded even if I had been deafened that day. It had seemed like one of my more genius ideas at the time, and in fact it probably was. Its only shortfall fell in the fact that it could never last, though then again life can’t either, yet we don’t stop ourselves from seeking its pleasures and clinging adamantly to it. In the absolute long term there’s nothing, procrastinations and plans for the short term are thus all we can have, and for that I will stick by the ingenuity of what I achieved.

But some background information first. The last bit, I promise. The distain I had for my days at school lead me to savour my time at home, or at least more so to want to off put the re-arrival of the next day at school. In keeping with the theme of short sighted ambitions, this usually meant me ending up staying up until 4am watching American sports on channel 5, acting from the knowledge that falling asleep was akin to waking up and going to school again. This fear of tomorrow may lead you to question if school had come to be so unbearable that I could no longer face the idea of it, but to this the answer would be no; as I mentioned school was largely only boring and not often much worse. However actions and lifestyles are never so simple as to not be multi-faceted in motive, and of course there were a handful of other variants involved in maintaining the situation that arose.

A side note: 3 other reasons why I was staying awake until 4am

1. An illogical viscous cycle in which more tiredness meant the next morning
being even worse. In turn I would go to bed later in defiance of that next morning.
In turn I would become more tired.
2. After often persevering through two hours of the most boring show on earth (baseball),
I was compelled that it would not be for nothing,
and would further persevere the next two in order to at least see the outcome.
3. I was smoking a fair amount of weed

The result was daily unbelievable tiredness, and henceforth the inadvertent start of a new game that would at least (and back then unknowingly) preoccupy my hours for the remanding half-year of school. It was a simple game in truth, a tried and tested classic; a game of them vs me. Where me was my effort to sleep, and them was standard school policy that pupils should be awake. The first run in with this ridiculous policy was infuriating.

When the tiredness arrived, the 6th form common room seemed the easy option for a remedy. It had sofas, was quiet and empty mostly, and given its privacy from the rest of the student body, it made the perfect place to catch naps during my many free periods. Or at least it would have, my first efforts at finding peace there were stopped promptly by Mr. Holmes.

“Sam, you can’t sleep here.”
“Why?”
“Because you’re at school.”
“That’s ridiculous,” I said.
“You should be doing some work instead,” he argued.
“But no-one else here is, and anyone who is free and isn’t here is either in the atrium drinking tea, or outside smoking, so I don’t see why can’t I engage in my pastime of choice?”
“Because you’re in school time, you just are not allowed to sleep.”
“But I could walk home, go to sleep there and come back! what difference does it make being here?”
“Sam you just can’t sleep in school, get up!”

His voice got angry and I realised I’d hit a wall in his reasoning. As when I was a child, I still hated those “you just can’t” responses, though I was also old enough to understand the futility in further discussion. Instead I just left it there, angry, grumpy and defeated.

I settled on the less ideal situation I’d suggested of walking home, going to sleep, and coming back. This would have made a 40 minute roundtrip, if the coming back part had ever materialised. My mum noticed the first time, but I just said I had free afternoons on that day. However over the next weeks she was quick to figure out that I probably didn’t have the afternoon off everyday, and that realisation put an end to that plan.

I still hadn’t quite given up on the common room though either. I figured Mr. Holmes couldn’t always be there. But he was. His office was next-door. My final roll of the dice lay in a pair of sunglasses and trying to sleep while sitting up straight. I don’t think that achieved anything except for making Mr. Holmes laugh the next time he caught me. He had already been on to me, and even if he hadn’t, the rest of the common room assured me that my snores would’ve given me away. Though just because my snores were not so important then, don’t think their role in this story is over. To be continued.

Hi I'm Sam and I write here exclusively at Samuel's Travels. Exclusively as by and large no-one wants me writing anywhere else. Please enjoy yourself while reading.
View all posts by Sam →
Gallery | This entry was posted in How To Learn Italian. Bookmark the permalink.