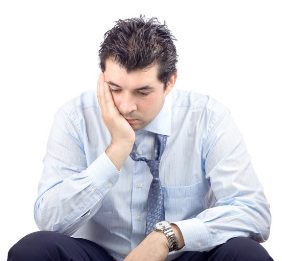 Karl Smithson was not a very firm boss,
And his staff walked all over him as if he were a doormat,
Particularly Steve.

Karl returned home one day defeated and switched on the tele,
A war film was on, and it was at that pre-war bootcamp training bit of the war film.

Karl watched the drill sergeant with awe.
How the troops did respect the sergeant,
How commanding the sergeant was with his powerful shouts;

And how the young cadets did clean.

Karl noticed the trend in the drill sergeant’s commands
And thought he saw something he could use on his staff, a key to success
Perhaps.

‘HEY YOU STEVE!! I WANT YOU TO CLEAN THIS
UNTIL I SEE MY REFLECTION IN IT!!! AAARRRGGHHH’

How mighty the new Karl was.

And after 3 more days (and a half) of further practice
Karl was ready to go back to work and confront his demons.

He kicked open the door,
He entered the room,
‘HEY STEVE’ he bellowed,
‘I WANT YOU TO CLEAN THIS
UNTIL I SEE MY REFLECTION IN IT!’ He cried,
And the words pulsed throughout the air of the workspace.

But Karl was pointing at a mirror,

So Steve just gave him the finger
and went back to reading the sun.

Hi I'm Sam and I write here exclusively at Samuel's Travels. Exclusively as by and large no-one wants me writing anywhere else. Please enjoy yourself while reading.
View all posts by Sam →
This entry was posted in Ramblings. Bookmark the permalink.