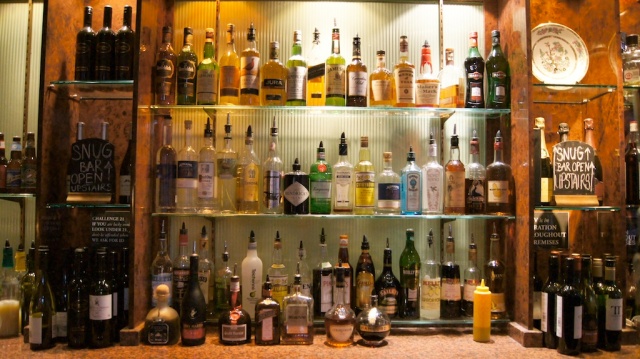 I’ve got a job in some shitty bar in the sex district of Yokohama. The manager is a fat leech who makes me sick to my stomach sometimes, but dollar is dollar, and boy knows that this boy needs some.

A poor (though somewhat financially affluent) Pakistani man sits at the bar one night. The fat Persian leech struts over with each foot faced 45° outwards, while he slightly kicks each leg out to his side at the last moment of each stride. He wears  a cap to cover his baldness and the same black three piece suit each night; if it is black that is slimming, I dare not wish to see him in any other colour. The Pakistani is a motormouth, he buys the fat man and me a drink and in exchange we are made to listen to him for some time.

The Pakistani clearly has some money. Though more importantly he has money that he is willing to be coaxed out of, he’ll keep buying us and himself drinks as long as we sit there and pretend to enjoy his company. I find him not only boring, but vaguely offensive, and after hearing him explain to me that me being in Japan is a surefire representation of frailties in my family and friendships, I decide to walk away. I watch the Persian from across the bar, his ear is stuck close to the mouth of the Pakistani, though his eyes are far in the distance. When the Pakistani calls a cheers, the Persian says ‘oh I would, but I have no drink…’ of course he gets offered another, and so he takes a redbull from the bar and then charges 10 euros for it. The Persian sips from his can and sits there wordless, ear to mouth, eyes in the distance, just listening and then nursing him for more.

It’s easy to hate him as I watch. It’s easy to think of the Persian’s greed, to condemn him for his remorseless exploitation. But he’s been working in the bar business for 28 years in Japan, he had three bars and now he just has one, and it’s pretty empty at best. He knows what he is doing, he sees how hard he has to work this guy, what he has to do, all just to get 100 euros or so. He listens to the same shitty music every night, with the same shitty laser lights making half assed efforts to synchronise with the obnoxious bass and electrical vomiting that this current mainstream music produces. I watch him the next day and he looks tired, from last night, and all the ones before. I remember him again sitting next to the Pakistani, and realise he probably hates himself for what he is doing there far more than I ever could.

There’s a poor Pakistani man whose words have no other ears to fall upon, and a fat Persian who will hear them if you can keep his last bar alive.

They are both just guys paying their prices to get by.

Hi I'm Sam and I write here exclusively at Samuel's Travels. Exclusively as by and large no-one wants me writing anywhere else. Please enjoy yourself while reading.
View all posts by Sam →
This entry was posted in Shit I got up to working in sex districts in Japan. Bookmark the permalink.