I’m back and the game’s changed. We’ve got some new rules, and some new revelations to consider. Mission Total Immersion has become more than being about just the language, it’s now about a way of life. It’s had a lot of time given to it, a lot of consideration, it’s found its feet and it’s rearing to go. It’s back, and this time it’s a philosophy. Time to lay it down:

1. No Shame in Trains

Ah, a slogan of old. Words that originated on a cycling trip to cornwall, where three girls and I set off from London with a four day mission to arrive on the ever-nostalgic Polzeath beach, the holiday place of my youth, and all only by bike. However I believe it was only 5 miles into the journey that we then took the first train. In fact I know it was exactly 5 miles, because we woke up too late and decided that we should just cycle to paddington station (5 miles away) and get a train to recouperate the lost time and distance. ‘No shame in trains’, we joked, and I wonder if at that point we already knew that there were to be more to come.

Now I find myself in Italy a year later, muttering the same joke to myself as I’m sat on the express from Rome to Napoli, except this time there’s no-one else to laugh with me. But maybe it was never actually a joke, perhaps it was just a truth, perhaps like I said, it’s a slogan. I’ve done the whole cycle from one place to another thing, I’ve felt the satisfaction of watching countries blend into others while using only a set of feet and pedals. It just doesn’t do it for me like it used to. Mission Total Immersion, this whole Italian mission, it was always about the people, it was never truly about the cycling. In fact it was about using the cycling to get close to the people, since everyone loves a clueless and solo cyclist; essentially it was about using the bike as a method of attention seeking. I don’t think the mission was really about doing everything by bike, and I don’t feel like it’s cheating when I take a train.

Though then again I don’t even feel like it’s cheating when I cheat in third year biology finals. I’m of that sort of belief where I think skillful cheating is an art and those who do it correctly can sometimes be just as worth their prize as those who took the long and arduos route. And this brings me on to the next point, trains cost money, and I suppose the great thing about cycling is you don’t pay for transport. I like this part of cycling, and if possible I would like to bring this aspect of cycling to other forms of transport, such as taking trains. So I have to cheat the trains through my own devious schemes. The last involving an ‘out of order’ sign for a toilet which I found, nicked, then pasted to a toilet door on a train and sat in there for four hours. Just to save 25 euros. So just because I’m taking those trains, don’t you go thinking that ol’ Sam is taking it easy, I’m always a husslin out here. 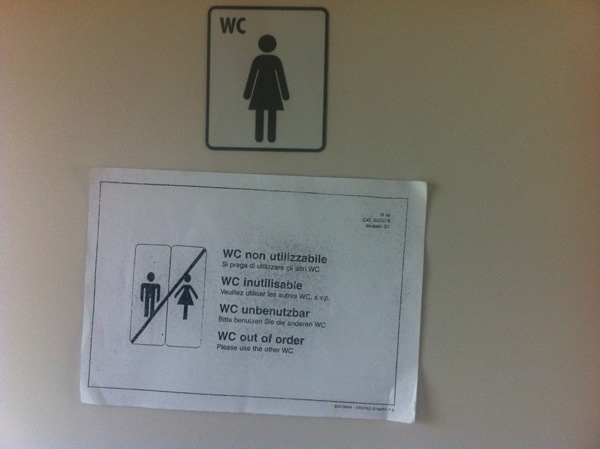 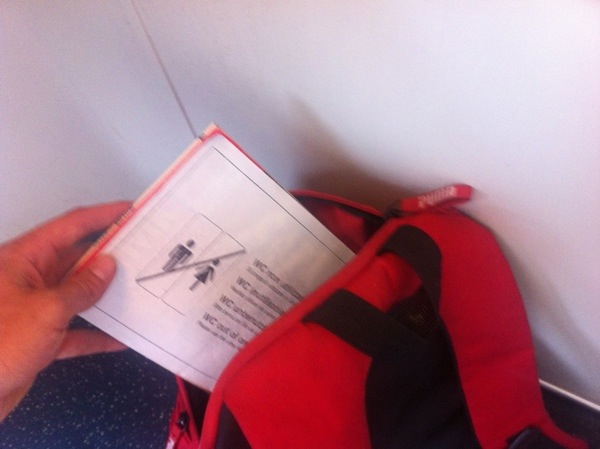 I have had to pay a 75 euro fine though once when I got caught. Though all together I think I haven’t paid for about 120 euros worth of trains so in effect I am winning. However I got that fine recently, and like a wreckless gambler, I feel the need to go get my money back, and now have even further impetous to sneak on trains without paying. Maybe even to places I don’t want to go; just as long as I feel I’ve got my 75 eurosworth back.

And the final point here: cycling takes up a lot of time. Mission total immersion is about the language, the people, and the food. Cycling contradicts the mission statement in this way, as while doing it you can’t interact with anyone. If you want to arrive in a place 1000km away in 10 days, that means you spend that 10 days on your own and on your saddle for the whole time. All just so you can say you cycled there. Fudge that.

Yes, the second objective is more cycling. But doesn’t that contradict everything you just said? Yes. And that’s why I put it next. I am the master of contradictions and confusion. BUT WHAT’S GOING ON IN YOUR HEAD SAM? Exactly, you’ll never truly know, it’s a place of mysterious and incredible thought.

But I’ve had some beautiful cycles recently, I’ve seen so many extraordinary views and sights that I almost want to start a soliloqui in the manner of the headhoncho replicant during his death scene in Bladerunner.

But in regard to the mission statement, what I mean to say is that before I was staying still too much, now it’s going to be about more movement in general. Yes there will be more trains, but there will also be more cycling. I want to see more. Italy better prepare itself, because I’m coming.

3. Food is back at the top of the Menu

Remember when I posted a recipe? Seems like a long time ago. And there’s only one. One recipe to show for 2 months and a half in Italy, che terribile! I’ve been far too happy here just eating good food, while assuming that by doing so and by watching cooking, that I am passively learning and discovering about food. Now this is true, and I will return to London a much better cook for the experience, however if there’s anyone who understands the difference in power between passive and active learning, it’s this son of a gun who’s been actively learning Italian everyday for the last 3 months until it gives me headaches. Time to get on it.

Also I heard about someone who found this blog and was disappointed by the lack of recipes, given it’s nature, tagline and description. So recipes there shall then be sir. Whoever you are. I’m going to make an objective: One recipe a week. We’ll start from there, it’s tangible and it gives me something to strive for, and then later see what happens. Who knows maybe it will get to the end of the week and I still won’t have found my recipe, so I’ll have to do craazzzy things to go make sure I get one on time. Anything that gives me motive to try to do more stuff I welcome.

But to be serious a moment, food really is important to me. And I don’t want to return from a stint in a place of such culinary knowhow feeling like I didn’t make the most of it. I wouldn’t go around saying that I’m a massive foodie, and I don’t go into massive detail when I talk about food I enjoy, but I just enjoy eating the good stuff and will make sacrifices to do so. I mean, how many other people do you know who would sleep in a field of stray cats just so they could eat a steak the next day? How many others would sit in a stinky train toilet for 4 hours just so they could save 25 euros to spend on their dinner afterwards?

MIssion Total Immersion 2 seemingly knows no bounds. It’s about language first, then cycling, and now even about brushing my teeth more. I’ve been a bit slack in this department since I’ve arrived and I fear for my gums. I brought some floss on my birthday, and now using it everyday ontop of brushes in the morning, after lunch, and after dinner… Who can stop me?

The sun. That last question was supposed to be rhetorical, but then I remember that sun has kicked my ass so many times over these last few months. I’ve lost all the skin on my back twice, but I still never use suncream. I never usually burn because for some reason I have quite mediterranean skin, but this sun is something else. After two skin losses, I’m tougher and may not burn again, but I should be fearful of cancer and generally careful about my skin’s health. I’m going to buy some suncream soon and start using it.

AND THAT’S THE STATEMENT. I am now five days into MTI2 and can safely tell you that I’ve been hitting all these criteria. Except I spoke English for a few hours in order to try and seduce two gorgeous German twins, a worthy exception no doubt. I’ve been sleeping rough, or at people’s houses, I have been fed to death by two Italian Mamas now who just wouldn’t let me stop eating. It’s all happening, and it’s all coming up here live the next time I get a few seconds (hours) to write. 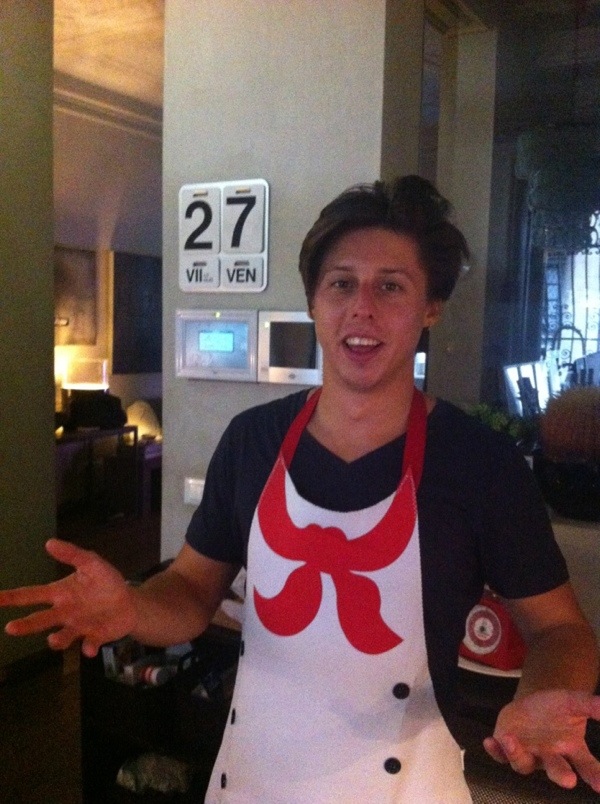 Fig 3; Me helping out with the cooking at house of Italian Mama

Hi I'm Sam and I write here exclusively at Samuel's Travels. Exclusively as by and large no-one wants me writing anywhere else. Please enjoy yourself while reading.
View all posts by Sam →
This entry was posted in How To Learn Italian, Italy Travel Adventure Cycle Blog, Mission Total Immersion. Bookmark the permalink.